We are OPEN by reservation! Learn how we are taking your safety seriously

What is IDPA and IPSC Competitive Virtual Range Shooting? 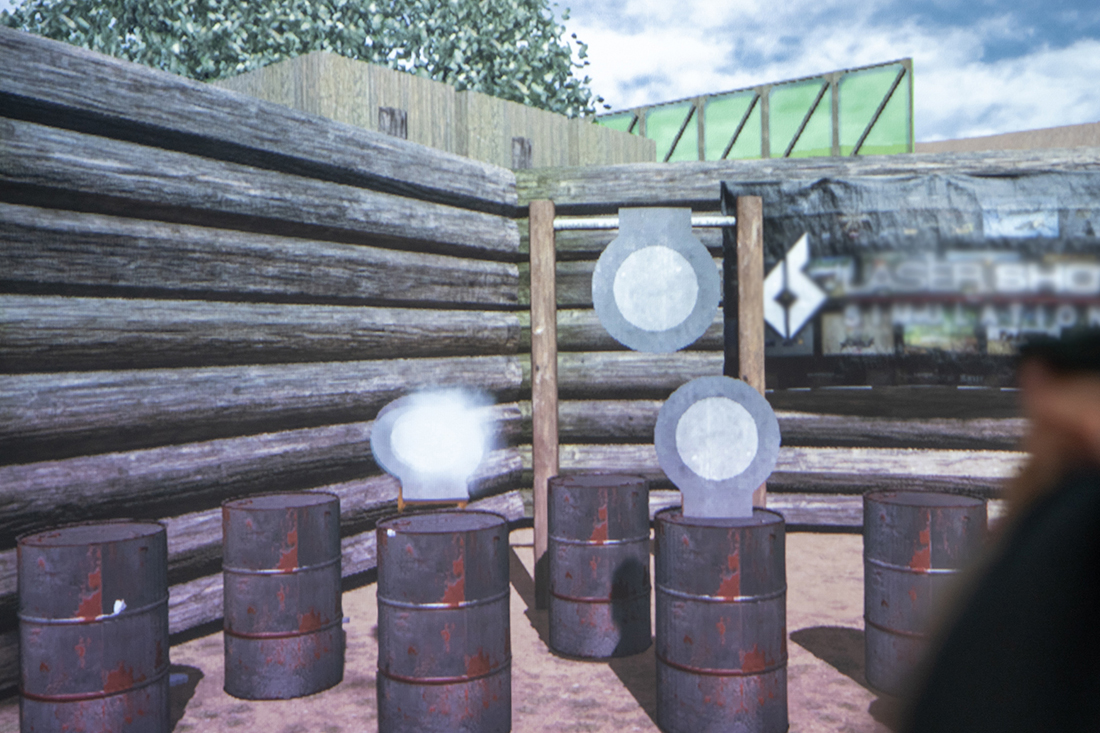 We live in a world where almost everything is going virtual or can be simulated. Virtual meetings, virtual weddings, and simulated golf are the norm thanks to the new world we live in. But, what you might not realize is that EVR has already been using virtual technology to broaden the scope of possibilities for competitive shooters of all experience levels through our virtual shooting range.

The IDPA, or International Defensive pistol Association, was founded in 1996 with the intent of creating a shooting sport using defensive pistol techniques. The sport came as a response to some of the other existing competitions for shooters, which started to move away from using common handguns. Many of these competitions began to lose touch with practicality as they used handmade ammunition, highly customized firearms, and speed-draw holsters that were all very unlikely to be used for self-defense.

The IDPA proudly remains a practical competitive shooting competition that is focused on defensive tactics with carry gear. Competitors travel from all 50 states and even foreign countries to compete in IDPA matches.

Similar to the IDPA, the ISPC is also centered around practical shooting. The International Practical Shooting Confederation, or ISPC, is the world’s largest shooting sport association and one of the oldest within practical shooting. ISPC competitions are held using pistols, shotguns, revolvers, rifles, and shotguns.

Typically, competitions are divided by the type of firearm and equipment features being used. The goal of the ISPC is to promote, maintain, and even improve the sport of practical shooting. With over 200,000 active members, the ISPC holds global competitions with regions all over the world.

Understanding the Difference Between IDPA and ISPC Shooting

While the two have many similarities and neither option is better than the other, when it comes to IDPA shootings, stages are generally short with close targets. Most stages are shot from concealment and only allow for standard carry guns to maintain a “real life” encounter.

The ISPC, on the other hand, is more focused on the competition. There is no requirement to pull from concealment or to use practical equipment that is designed for concealed carry. Shooters also have the option to choose Minor or Major caliber ammo.

What is important to understand is that neither option is better than the other. They each have their pros and cons, and ultimately, neither will perfectly reflect real life. So whether the goal is for training or competition purposes, both IDPA and ISPC shooting have their benefits.

Why Shoot IDPA and ISPC Courses at EVR

Engage Virtual Range was founded to provide a place for shooters of all skill levels to practice their shooting in a setting that is safe, supportive, and realistic. By allowing shooters to shoot both the ISPC and IDPA courses, they can work at gaining varied skill sets that translate to the real world and help to improve their overall shooting abilities.

While there are benefits to shooting these courses at a traditional gun range, EVR offers some unique aspects that you won’t find at a conventional range:Whether you are a novice shooter or a marksman, there are benefits to getting shooting time in such a controlled environment. You have the opportunity to study your shots, your accuracy, and challenge yourself with different stages and target types.

Outdoor shooting is dependent on a variety of factors, but at EVR, every day is the perfect day to test your skills and improve your accuracy. Schedule a session at EVR to compete shooting IDPA and ISPC at our virtual range.